From Beautiful Statues to Boarded Up Stores

For most of its history, the West has honored its past with monuments and statues. 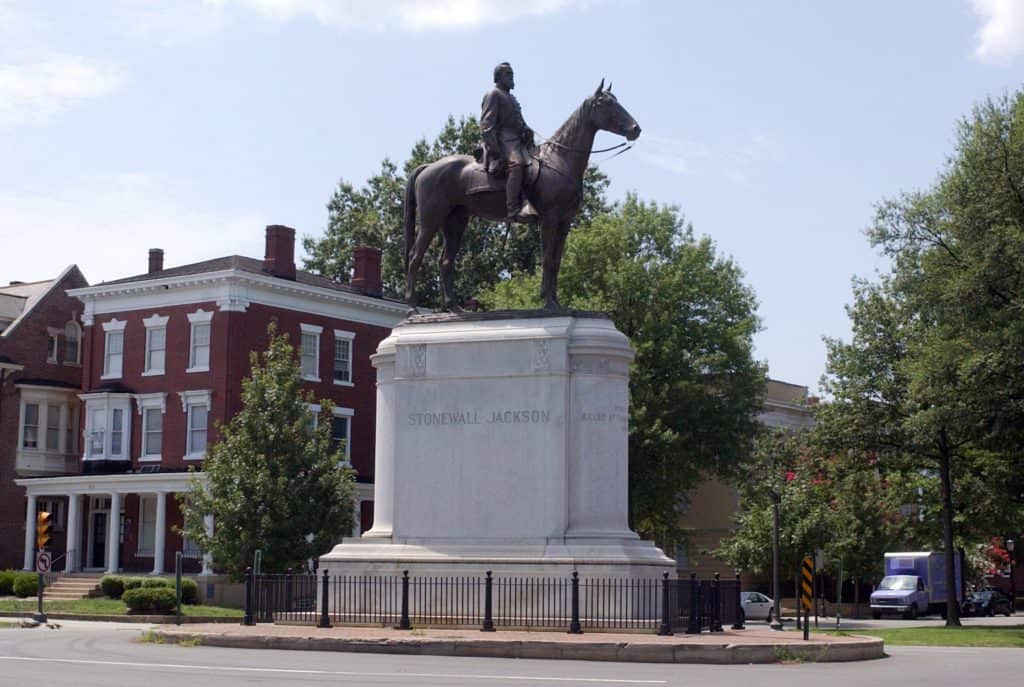 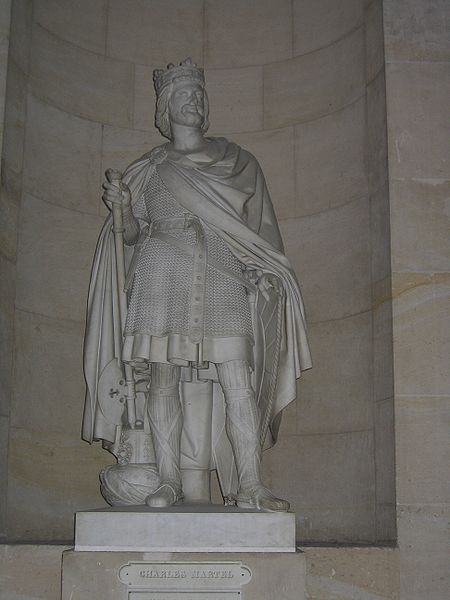 A statue of Charles Martel at the Palace of Versailles in France. (Credit Image: Thesupermat via Wikimedia) Kit Carson, frontiersman and military officer, in Denver, CO before he was taken down. (Credit Image: Daderot via Wikimedia) The statue of Edward Colston in Bristol, before it was destroyed. (Credit Image: William Avery via Wikimedia)

This public art reminded us of our shared heritage and identity. Not only are monuments honoring our past being taken down, the aesthetic of public places looks in a different diction. Instead of looking reverently to our past it looks anxiously toward the future. Last week’s election was not an occasion for a shared sense of civic participation, but of fear, as storefronts and even government buildings boarded up in case of riots. November 3, 2020, Albuquerque, New Mexico: A motorist drives past the boarded entrance of City Hall while dropping off an absentee ballot. The entrances were boarded up in anticipation of post election violence. (Credit Image: © Albuquerque Journal via ZUMA Wire) 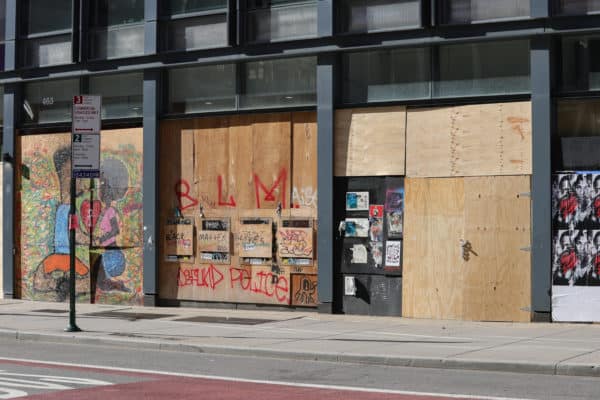 Workers board up the windows of the Starbucks at 16th and K Streets NW in Washington on Monday, Nov. 2, 2020. Many storefronts and office buildings in downtown Washington are boarded up in anticipation of unrest on Election Day. (Credit Image: © Bill Clark/Congressional Quarterly via ZUMA Press) November 3, 2020, Beverly Hills, California: Stores in Rodeo Drive are taking a preventive measure by boarding up their store fronts to protect against possible unrest due to the results of the presidential election. (Credit Image: © Prensa Internacional via ZUMA Wire) 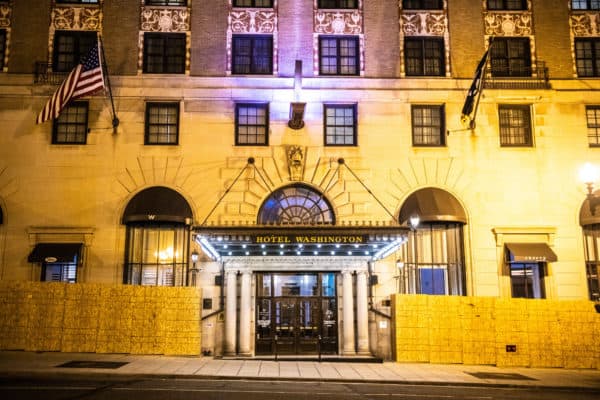 The Hotel Washington boarded up on November 2, 2020 in Washington DC on the night before the Presidential Election. Photo: Chris Tuite / ImageSPACE (Credit Image: © via ZUMA Wire) 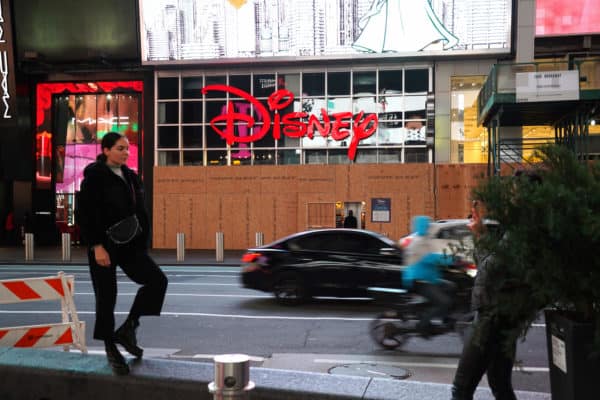 A woman walks by a boarded up restaurant on South Street in Philadelphia on Monday, Nov. 2, 2020. Many storefronts and office buildings in downtown Philadelphia are boarded up in anticipation of unrest on Election Day. (Credit Image: © Caroline Brehman / Congressional Quarterly via ZUMA Press) 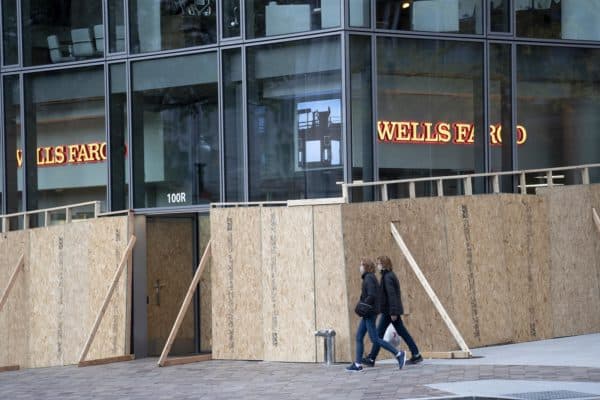 The windows of a bank are boarded up in preparation for possible election-related protest in Washington, D.C., Nov. 1, 2020. (Credit Image: © Liu Jie / Xinhua via ZUMA Press) Workers board up a bank near Union Square ahead of Election Day on October 31, 2020 in New York. (Credit Image: © Bryan Smith/ZUMA Wire)

The French have torn down fewer monuments than we have but their fear of political violence is more jarring: Conflans-Sainte-Honorine, France: French CRS (Compagnies Republicaines de Securite) police officers stand at the entrance of Le Bois d’Aulne middle school in Conflans-Sainte-Honorine, 30kms northwest of Paris, on November 3, 2020, as the pupils are back to school after holidays, two weeks after a teacher was decapitated by an attacker. (Credit Image: © Eliot Blondet/Abaca via ZUMA Press) The late conservative philosopher Roger Scruton wrote a lot about the loss of beauty in modern life, and thought the “cult of utility” was beauty’s main opponent. The “utility” that worried Scruton was commercial; another writer summarized his view:

The cult of utility dismisses beauty in favor of the useful. It covers the landscape with advertisements, solar panel fields, landfills, and plastic bags floating like tacky leaves in the wind. . . .  The cult of utility offers high-powered jobs with large incomes designed to maximize stockholder wealth, but not necessarily to make the world a better place.

Today, commercial utility requires barriers against the public. With governments unable or unwilling to stop riots and terrorism, every business takes on the aesthetic of security. November 9, 2020, New York: Apple Store on 5th Avenue is totally fenced all around because of fear of looting that could take place after the result of the USA elections.(Credit Image: © Niyi Fote / TheNEWS2 via ZUMA Wire)

Without secure borders and law and order, barriers and men with assault rifles could become permanent parts of our lives.

Chris Roberts is the Director of Special Projects at American Renaissance. You can follow him on Gab.
< Can Europe Learn the Lessons of Yugoslavia?
Get Ready to Hear Black Women Shouting ‘Skee Wee’ >
Blog
Commentary
Videos
Podcasts
Follow us