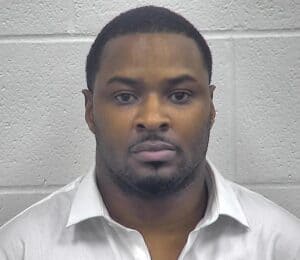 Coleman was one of three arrested, including a minor, in February 2021 by Elsmere police officers.

According to Elsmere Police Chief Joe Maier, the group allegedly attempted to rob a drug house.

“They went to a drug house to rob a drug house,” Maier said. “One of the occupants went up to the drug house and had a Glock handgun with a 50-round magazine drum. … When it didn’t work they hurried up and left the scene, jumped in a white vehicle and left.”

As they were leaving, Maier said the group got boxed in by a snowplow and were stopped by police.

Coleman was a leader of marches in Milwaukee against police brutality during the summer of 2020, after George Floyd was killed by a police officer in Minneapolis.