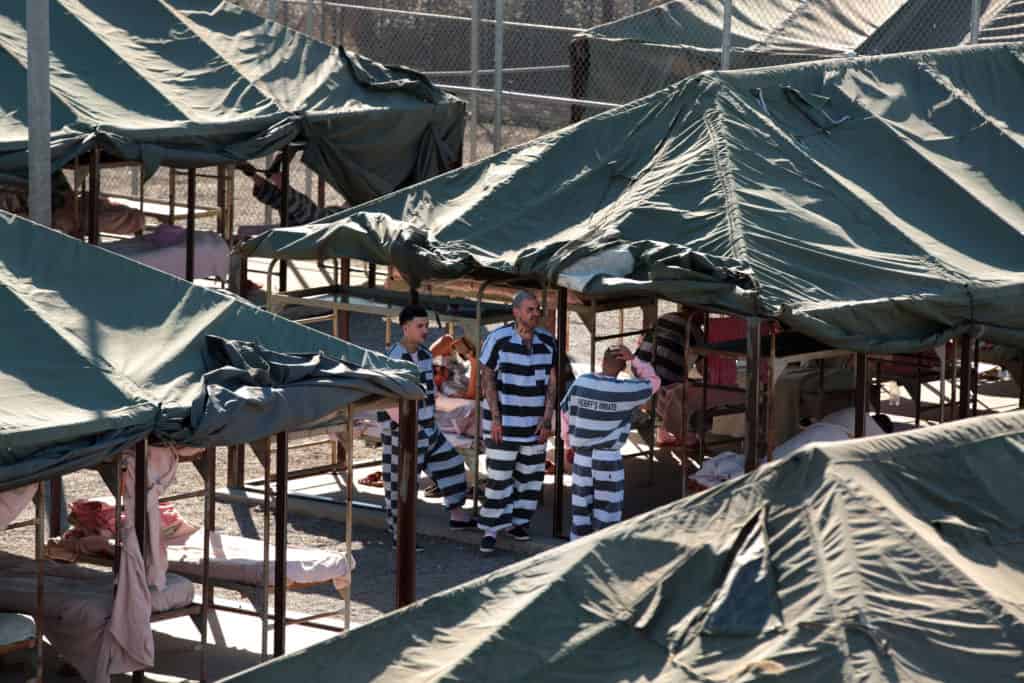 Workers have been seen at the site in recent days, and already one of the five yards within ‘Tent City’ in Phoenix has been taken down.

Sheriff Paul Penzone, who ousted Arpaio last year and announced plans seven weeks ago to tear down the complex, said the closure of the tents is about improving the county’s jails.

‘It’s about effectiveness, so that we can run a fundamentally sound and safe facility that is not a burden to the taxpayers or our partners – where lawsuits are mitigated (and) hopefully avoided.’

Tent City was opened in 1993 by Arpaio to ease jail overcrowding and helped make him a national law enforcement figure.

But it was criticized for serving as a media promotion tool for Arpaio and contributing to a culture of cruelty within the jails.

A jury awarded a $948,000 verdict in favor of an inmate for permanent brain damage he suffered in 1996 when several hooded inmates pulled him from his Tent City bunk as he was sleeping, kicking and hitting him.

Workers removed the olive drab canvas from the tents on Wednesday and used saws to cut the metal frames that supported the cloth.

In the yard was being dismantled, all that remained on about a dozen tents were concrete slabs and metal bunk beds.

The sheriff’s office said it started dismantling the tents last week. It’s unclear when the closure of the complex will be completed.

Half of the 700 to 800 inmates within the complex have already been moved to other jails. Officials say the remaining inmates will be moved in the coming months.

Penzone is pursuing the option of turning the complex into a detention space where inmates would work with shelter animals in a bid to teach the prisoners compassion and discourage them from committing future crimes.

The sheriff’s office has operated a unit since 2000 that serves as a no-kill shelter for animals victimized in abuse cases and lets some inmates care for the animals in a bid to encourage personal responsibility.

Penzone said he is exploring other ideas for the space, but declined to specify those options.