D.C. police on Thursday said the suspect in the quadruple slaying in upper Northwest Washington worked at one point for the victims’ family business and is believed to be in New York.

Police continued to search for Daron Dylon Wint, a suspect in the killings of Savvas Savopoulos, his wife, son and housekeeper in their home.

Wint, 34, is charged in a warrant with first-degree murder while armed. Authorities have issued a reward up to $25,000 for information leading to his arrest and conviction. Authorities say they believe Wint remains armed and may be hiding in Brooklyn. 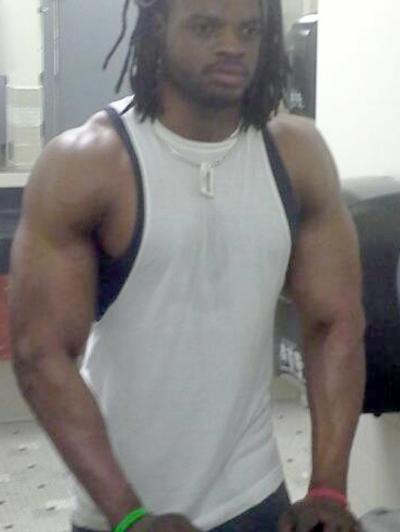 At the Wint family home, a neighbor of Wint’s reacted in disbelief to the deaths.

“These parents did everything right,” said Devera Zianal, who lives on the same street as the suspect’s parents on Westview Lane in Lanham, just outside the Washington Beltway. “They’re hardworking people, and this is a good neighborhood.”

Killed in the Upper Northwest Washington home were Savopoulos, 46, his wife, Amy Savopoulos, 47, their 10-year-old son Philip and housekeeper Veralicia Figueroa, 57, of Silver Spring. The four were found dead May 14 after a fire was set at the home, and police believe they had been held overnight. The couple were active in the Washington area’s society and business circles; Savvas Savopoulos ran American Iron Works, a large distributor of metals for construction contractors.

Police officials said they identified Wint as a suspect through DNA found on a discarded Domino’s pizza crust from a pie that was delivered to the victim’s house on Woodland Drive the night of May 13.

Zianal said she would occasionally see Wint at the Westview Lane house, sitting on the porch steps, but it didn’t appear that he lived there full time. One other neighbor also reported seeing him out on the steps, whenever he was around.

According to police documents and law enforcement officials, Savvas Savopoulos’s assistant dropped off a package containing $40,000 to the house hours before the fire and bodies were discovered last Thursday. Police records also show numerous calls involving Savopoulos from and to the assistant, a bank, an accountant and business associates that morning.

The other housekeeper, Nelitza Gutierrez, has reported a strange series of voice mails and text messages from Savvas and Amy Savopoulos beginning the night of May 13. Gutierrez said in an interview that the messages left her with the impression that something was amiss with her employers.

She said that on May 13, Savvas Savopoulos had asked her not to come to the D.C. home the next day–the day of the killings–even though she normally worked there on Thursdays. Instead, he told Gutierrez that he preferred her help the following day with the grand opening in Chantilly.

Gutierrez said Savvas Savopoulos left her a voice mail the night of May 13, saying that Figueroa, the housekeeper who was killed, planned to stay overnight at the family’s home, which she described as unusual. He said in the message that Amy Savopoulos was ill, that Philip was recovering from a concussion and that the family needed Figueroa’s help. Savvas Savopoulos asked Gutierrez to let Figueroa’s family know not to expect her.

Gutierrez said she didn’t hear the voice mail until the morning of May 14. She called Amy Savopoulos and got no answer. Just before 10 a.m., Gutierrez said, she got a text message from Amy Savopoulos: “I am making sure you do not come today.”