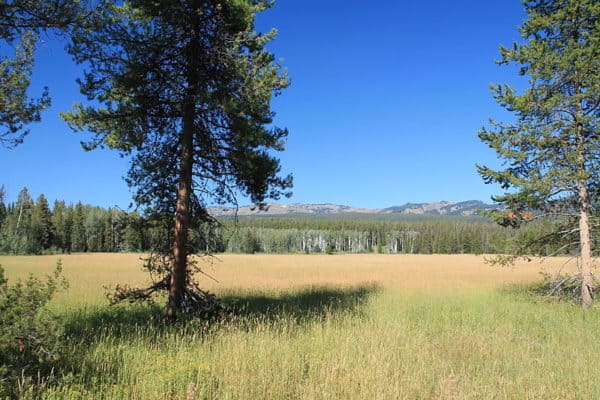 ABC recently reported that, “America’s National Parks face an existential crisis” because of their “mostly white workforce and visitation.” The parks are “stubborn bastions of self-segregation.”

The Sierra Club, ostensibly an “environmental” organization, declared that the outdoors “suffer from the same systemic racism that the rest of our society does.” According to ABC, one black woman who blogs as “Outdoorsy Diva,” believes blacks and other minorities feel unsafe in the “great white outdoors.” Another woman, a Muslim from India named Ambreen Tariq, started the “Brown People Camping” campaign and bemoans “racial profiling” by Park Rangers. Another black woman, Danielle Williams, leader of the “Diversify Outdoors coalition,” has a different approach. She says that “we have to kind of tone down the elitism and just think about our language when we talk about the outdoors” and believes that “camping in your backyard” is as valuable as visiting Yellowstone.

The National Park Service markets itself to nonwhite “communities,” gives staff “racial sensitivity training,” and hires non-whites whenever it can. Despite these efforts, in 2018, only 6 percent of park visitors were black. Hispanic David Vela, acting chief of the National Park Service, announced that “we’ve got a lot of work to do.” Mr. Vela wants public lands to be places where visitors can “learn about your history, whether it’s your Latino history as an example, African-American history, LGBTQ history. We have those sites and places and stories in the National Parks.” When asked if they share the same interests as people who visit National Parks, about a third of blacks and Hispanics said “No,” compared to only 11 percent of whites. National Park “diversity” advocates criticize white hikers for their clothing and gear; it reportedly makes non-whites feel inferior. Nonwhites also say they are put off by Ranger uniforms, which are “intimidating” because they look like police uniforms. Most signs in parks are written “only” in English.

A black Sierra Club official stated that the Parks were “created by removing indigenous people from those lands and creating refuges for more affluent white people to get away from the city, which were [sic] becoming black and brown. So, we have to . . . deal with that history and that legacy.” One activist says that, “historically, in the South . . . many atrocious things that happened to black people were in the woods.” Mr. Vela “recognizes that history and the fear it instills” and is “developing strategies to combat it.”

Mr. Vela did say something important: “If we don’t make ourselves relevant to current and future generations, who is going to be the advocate for the protection and preservation of our nation’s public lands . . . who’s going to wear those uniforms?” It’s a good question. The Great Replacement will mean fewer whites to enjoy public lands or protect them. Whites started the conservation movement and care about it most. They also care most about clean air and water, wildlife preservation, endangered species, hunting, and animal welfare. If we are replaced, the National Parks will be another casualty.

View all posts by Neil Kumar

Neil Kumar is a law student and a member of the Sons of Confederate Veterans and Sons of the American Revolution.
< Rioters Attack Drivers in Hollywood
Comments of the Week, September 26, 2020 >
Blog
Commentary
Videos
Podcasts
Follow us