Verified Hate: Save The Dogs Edition

#MakeADogsDay was trending yesterday. Unfortunately for dogs, Time has found another profession that is in crisis.

Veterinary medicine is among America’s fastest-growing professions, but it remains one of the whitest of all fields https://t.co/93nLvatShV

Now your pet could get an affirmative action vet.

The NBA and NFL are destroying their ratings by becoming “woke” on race. NASCAR embarrassed itself by going all in on the Bubba Wallace haox. Will the NHL do the same?

The list of racist incidents in hockey is long, and it’s not limited to the professional game — they are depressingly common at the youth level, too. https://t.co/9zyl0W7PdO

People used to say that neighborhood diversity was the time between when the first black family moves in and the last white family moves out. We could say the same thing about sports. Once blacks move in, their hot-dogging, unsportsmanlike style takes over, and the league faces constant demands to accommodate them. We saw the consequences in college football, where Southern schools had to destroy their traditions to appease blacks.

And the Magic Hater has a warning for November 3rd:

If Trump is reelected it will be the fault of white people. We need total clarity on that.

Diddy says those white people better not get their way.

The NUMBER ONE priority is to get Trump out of office. HE HAS TO GO. We can’t allow this man to continue to try and DIVIDE US. The people that have the most responsibility and should be SCARED TO DEATH of this man are white people. WE ARE ON THE VERGE OF A RACE WAR.

We white advocates are sometimes accused of using inflammatory language. I’ve never used an ALL CAPS warnings about RACE WAR. It doesn’t seem to have done any good.

So, I’m launching one of the boldest things I’ve ever launched. I’m launching a Black political party with some young Black elected officials and activists. It’s called @OurBlackParty, it doesn’t matter if you are Republican or Democrat…

So much for the Platinum Plan. Perhaps whites should start thinking about a party of our own – if we can’t have a country.

We certainly don’t have free speech.

It’s because of cases like this that I screenshot tweets rather than just embed code. Bret Weinstein of Evergreen State College refused to submit to a “Day of Absence & Day of Presence” in which all whites had to leave campus. Now, he’s been driven from Facebook. Tulsi Gabbard understands Big Tech censorship is a threat. Does President Trump?

And, of course Jesus is way too white.

it’ll never not be funny that white people think jesus was white https://t.co/PYeKCv5oeT

Of course, he wasn’t black, though a lot of blacks would disagree. It’s fairly common for people to portray sacred figures in their own likeness. 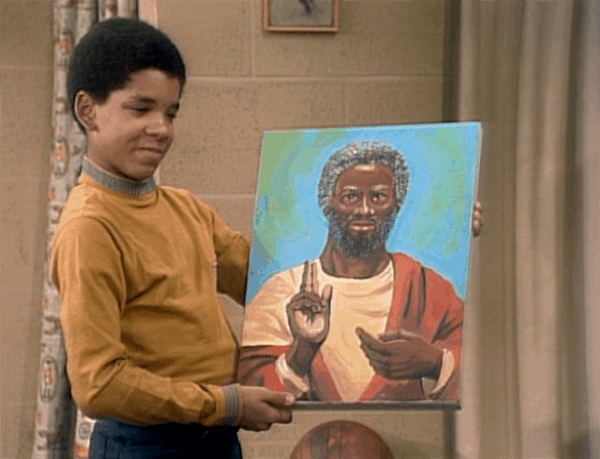 True privilege is being able to change the meanings of words so you win every debate.

if a poc stan EVER says they hate white people or something of the sort,,, that comes from a place of actual oppression; not from a place of superiority. if u dont understand that, well,, good luck charlie

We watch white people talk about Black and brown people more than we actually watch ourselves talk about our experiences.

If we didn’t talk about them enough, that would be “racist.”

Why do blacks riot during a pandemic?

And here is real creativity.

Of course, there’s a word we can’t uttered without becoming national news. By the way, who are the people marrying their cousins?

there’s no such thing as racism towards white people , please stfu

Glad we got that cleared up.

Don’t tell her who the Democrats nominated for president.

Finally, from the Chief Deputy Whip of the House Democrats in Georgia.

Did @realDonaldTrump just say 545 kids they can’t find their parents for came over through “cartels and coyotes”?! How the hell does a coyote bring a whole human across the border?! Lord—–stop talking. #FinalDebate

This is from the state that gave us Congressman Hank Johnson.

Mr. Hood is a staff writer for American Renaissance. He has been active in conservative groups in the US. You can follow him on: Gab.
< The Last Debate
American Slave Insurrections >
Blog
Commentary
Videos
Podcasts
Follow us