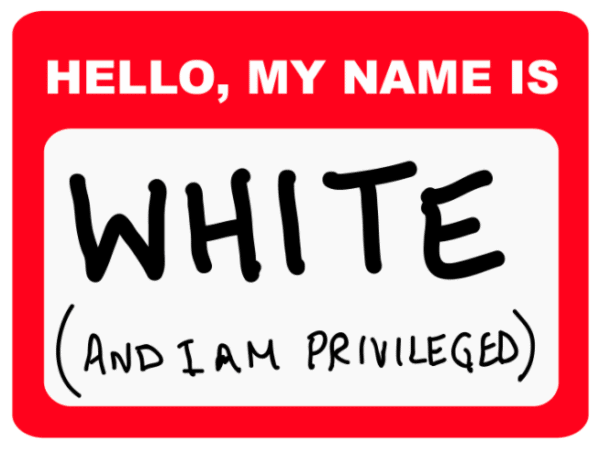 The concept of white privilege is a modern construct of the Left and is destructively used to bring attention to the many ways white people have supposedly enjoyed birthright benefits historically denied to other races. Whites, therefore, are encouraged by the left to feel shame about their whiteness to the point of outright denial of their accomplishments or even self-hatred.

Recently, I came across an archived article from The Atlantic, titled “Entrepreneurship: The Ultimate White Privilege?” by Mr. Jordan Weissmann. While published several years ago, it reveals important insights into leftist thinking. The article refers to research on entrepreneurs by Dr. Ross Levine, an economist at the University of California Berkeley, and Dr. Yona Rubinstein, a professor at the London School of Economics. The authors studied “the demographics, personality traits, and earnings of entrepreneurs.” They found that:

A) Entrepreneurs are “disproportionately white, male, and highly educated”; and

B) As teens and young adults, they’re far more likely than the average American to have partaken in “aggressive, illicit, risk-taking activities,” such as skipping class, smoking pot, gambling, and shoplifting.

The final two sentences of the article sum it up succinctly: “To be successful at running your own company, you need a personality type that society is a lot more forgiving of if you’re white. Privilege indeed.”

The reader of the Atlantic article is naturally supposed to conclude that white men, who once engaged in certain “illicit” and “risky” behaviors in their teens, were allowed to get away with their actions because of their whiteness. These white men who then went on to become highly educated, high earning entrepreneurs, again presumably due in large part to their race.

Another interesting perspective on white privilege is offered by Indian-American entrepreneur Raj Jana. Mr. Jana urges white entrepreneurs to move beyond feelings of guilt and take action. In an article published in Inc. magazine in July 2020, Mr. Jana explained:

If you are a white entrepreneur, if you have a voice or platform to speak on, now is not the time to feel guilty for what you have been given. It is time to own the responsibility that comes with what you have. Admit that you have received benefits from being white and be humbly grateful for this truth. (Emphasis added).

Mr. Jana then lectures white entrepreneurs to embrace their privilege in order to help reduce racial discrimination and “give to minority communities and Black-owned businesses.”

The reality of modern entrepreneurship is that many white business owners, particularly those whose businesses compete for projects that involve bidding for government-controlled contracts, are confronted daily by minority set-asides, or projects requiring guaranteed minority participation. These projects are funded by taxpayer money, yet business owners are not even allowed to participate without agreeing in advance to these “affirmative action” policies. While taxpayers might expect such contracts to be awarded to the cheapest, most qualified bidder, that is often not the case. Nearly every government agency involved in procurement has a department devoted to the development of Minority Business Enterprise (MBE). As a former small business owner seeking a government contract, I privately asked an MBE Director whether his government entity was more interested in awarding contracts to the most qualified, lowest cost bidder, or to a less qualified, higher cost company with heavy minority participation. His reply (off the record, of course) was that the latter was indeed preferred.

The state of New York represents perhaps the most egregious example of these practices. From a December 2, 2020 article, “Set-Asides Are Unconstitutional” by attorney Mr. Wen Fa, in City Journal magazine:

In 2017 the [New York] governor’s office boasted in a press release that the $2.2 billion set aside for minority and women-owned enterprises represented both the largest percentage and the largest dollar figure allocation for such businesses in the nation. . . . The governor has previously said that he would reserve 30 percent of public-contracting dollars for businesses owned by women and black, Hispanic, Asian, or Native American residents.

The practice of minority set-asides is not based on any specific examples of discrimination. Rather, it relies on statistics showing low minority participation in government contracts. Discrimination against minority businesses is automatically assumed to be the cause. A white liberal once explained to me another justification for these set-asides: Since whites are guilty of wanton historical discrimination against minorities, it’s only fair that white business owners find themselves on the receiving end of such discrimination today. And since white entrepreneurs have historically enjoyed a largely unearned status, they have little right to complain when the score is evened through government action.

Successful white entrepreneurs may be surprised to learn that, according to the left, much of their success can be attributed to an accident of birth, rather than by any effort on their part. Is it a “privilege” to be accused of that? Is it a “privilege” to have the government work against you because of that?

View all posts by Will Kane